Photographs from Ritz Theatre and Museum

Photographs from Ritz Theatre and Museum

Viola Muse on a Residential Street 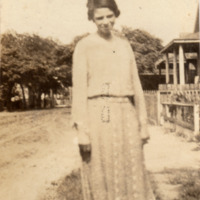 Viola Muse posing for a photograph on what appears to be an unpaved residential street. "Viola B Muse" is written by hand across the top of the image. 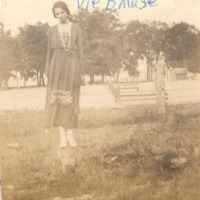 Viola Muse in Front of a House in Huntsville, Alabama 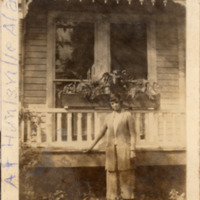 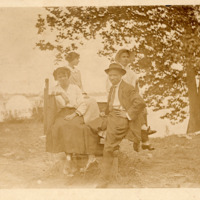 This item appears to be a photographic postcard featuring (counter-clockwise from lower left) Viola Muse; Dr. Priestly Mullins, her first husband; Lorenzo Graham; and an unidentified woman. The boat showing the name Grey Eagle in the background… 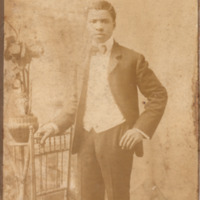 A formal portrait of Dr. Priestly Mullins, Viola Muse's first husband. The writing on the back of the photograph reads "P.L. Mullins." 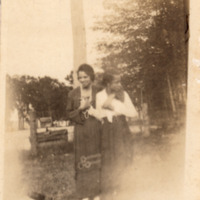 Viola Muse and a woman identified as Caledonia Simpson posing outdoors. The handwritten caption at the bottom reads "Vie & Callye Simpson" and on the reverse is written "Vie & Caledonia." 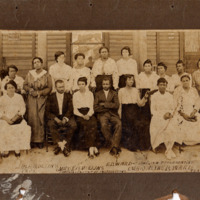 A group photo of the staff of the Vole Beauty Culture College in Tampa, with Viola Muse seated in front row, seventh from right. The text written over the bottom of the photo reads: M.F. Mullins[,] pres. (Mrs.) V.B. Mullins[,] superintendent of… 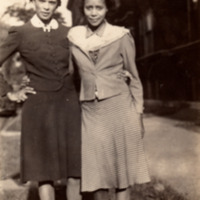 Viola Muse and an unidentified woman, posing on a city street in front of what appear to be multi-story residential buildings. In the bottom margin is written "Viola B Muse & Friend." 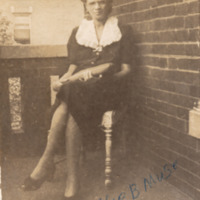 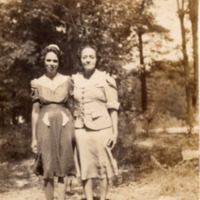 Viola Muse and a woman identified as "Hossie" posing in a park or a forested area. At the bottom of the photo is written "Me & Hossie." 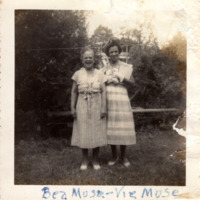 Viola Muse and Bea (Beatrice?) Muse, posing in a wooded area with what appears to be a white house in the background. At the bottom of the photo is written "Bea Muse — Vie Muse." Back of photo reads: Bea & Vie MuseTaken atRiverton[,] New Jersey 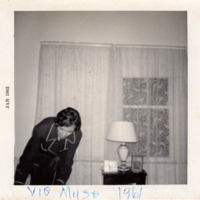 Viola Muse in an indoor setting, apparently a home, bending forward in what appears to be a candid or accidental photo. In the left margin is embossed the date "Jan 1962" and written by hand at the bottom is "Vie Muse 1961."

Viola Muse, Emmet Willis, and His Cousin at Her Home 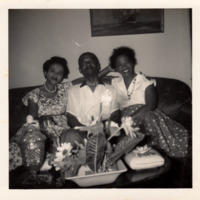 A photograph of Viola Muse and two men, seated indoors, apparently in her home. The writing on the back reads: Viola Muse, EmmetWillis & his Cousintaken at her houseafter Vigie's (?) Funeral.Too dark 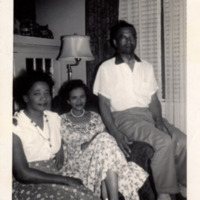 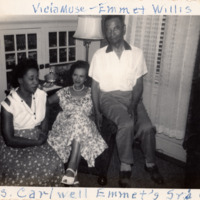 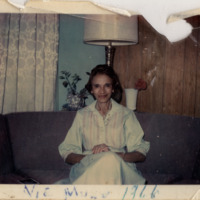 Viola Muse seated on a couch, looking directly into the camera. "Vie Muse 1966" is written into the bottom margin. 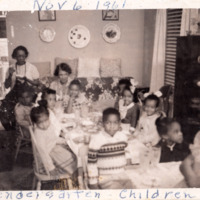 Viola Muse, another woman, and a group of children seated around a table. "Nov 6 1961" is written across the top margin and "Kindergarten Children" across the bottom. "Mrs. Viola B. Muse" is written on the back.
View all 17 items