Biographical sketch of John Henry Adams, painter of biblical subjects as  Jesus Before Pilate, The Accused Woman, and Christ and Nicodemus, as well as of a life-size portrait of General W. W. Andrews, Grand Chancellor of Knights of Pythias of Florida from 1911 to 1927.

Born and raised in Atlanta, GA, in his early professional life Adams was a teacher at Morris Brown College. Later, at the Drexel Institute in Philadelphia, Adams's talent for drawing was discovered and developed. Encouraged by the celebrated negro artist H.O. Tanner, in 1908 Adams went to Paris to study art, according to the Atlanta Constitution of April 16, 1908 ("Atlanta Negro Artist Will Study In Paris").

In 1913, while living in Jacksonville, he sent two of his works to an art exhibit in Philadelphia and was awarded a bronze medal, according to the Tampa Times of January 29, 1924 ("Negro Artist Wins Praise").

Adams was also a journalist, reporting for the Waycross Journal Herald, Macon Telegraph, Atlanta Constitution, Jacksonville Times-Union, and St. Louis Globe-Democrat. According to Viola Muse, he was also a traveling representative of the Voice of the Negro and editor of the "negro weekly" The Florida Sentinel, as well as contributor to the Tampa Bulletin. 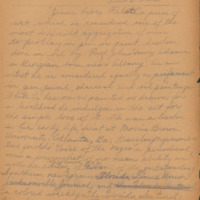