This document is attributed to  fieldworker Martin Richardson, who appears to have worked from the Lindsay Moore Interview Notes produced by Muse. The discrepancies between the two documents include the spelling of Moore's first name (Lindsay in the interview notes, Lindsey in this document) and the specification of Moore's birthplace (Forsyth, Monroe County, Georgia, in the interview notes; Forsythe County, Georiga, here). 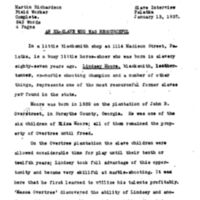 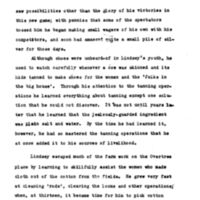 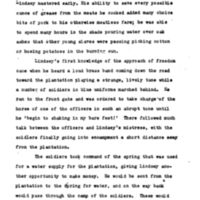 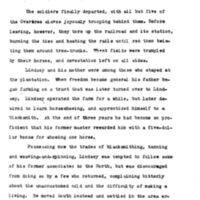 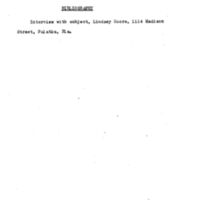